A downloadable abomination for Windows, macOS, and Linux

Waste time before the inevitable end.

space to go into inspection mode

I liked how to game progressed and the downfall of the city.  Very creepy and fun concept.

This was an interesting game! I like the concept of the shadow people that would show up

love the game in every way. also the mini game was a good distraction from the impending doom

Love the game, great fun and scary. I would like to see more added, maybe more minigames on the comp or more books to read

Very cool game, reminisicent of the first person sections of Silent Hill 4. (which I absolutely adore)

Everything felt very cohesive and well thought-out, I particularly enjoy when devs take the effort to make the gameplay interface in a horror game non-traditional. In a game this short there's no time to fully get up to speed and comfortable with an intentionally clunky control scheme, and the decision to tell the player upfront how much ammo they can expect for the entire game is a smart one that discouraged me from experimenting with the gun to figure out how to quickly get a shot off.

One minor nitpick, I'm sure I'm not the only person who immediately decided to see if it was possible to shoot yourself when I saw how the gun was able to rotate freely. Having the gun from the very start of the game made it so that I felt comfortable doing so relatively consequence free. The ending for doing this and the ending for seeing the game through to completion are the same, which I think really detracted from the ending. Either holding off on giving the gun to the player until they were more invested in their progress or having a separate ending for players who see the game through would have went a long way to making the ending less underwhelming.

My scroll wheel is broken. Is there any way to recofig? :(

Would love to see this expanded on!

Things like hunger, keeping food from being contaminated, and eventually just starving if you don't give in to the static. Game would benefit from more elements to accentuate the hopelessness of it all!

An interesting game, maybe a bit too confusing in parts. Would like to see this maybe be expanded on!

I wonder, is there any olther endings?
I tried evrything, shooting my self, resisting the temptetion of going out, killing all the ghosts, shooting the tv mirror spider, shooting the floating montsers, playing the computer game and going in the litteral sense insane doing the exact thing over and over beliving something would change (belive me, I played for way to long). I know the point is to wait for the end but I was hoping there were olther means to the end. P.S: @lmsonic from an Italian, to an Italian: "Me dai 'na mano".

Hello! I'm glad to see another Italian! I'm happy you played for so much haha
However, there are no other endings, the point is that you can't escape the end of the world.

Still I think it done its job very well, its a cool game, I had a fealing that there were no olther endings but I just had to check.   Good luck on your next works, saluti da Pellegrino (o più precisamente "nel mezzo del nulla, nei pressi di Pellegrino").
P.S: Ai mai pensato di fare un gioco ambientato in Italia?

Is there a way to reduce the graphics? I'm on an old Presario CQ57 running Debian LXDE and this game is too slow.

I have same problem, game lags too much....

I adored this. It's so refreshing to have a horror title actually focus on the horror and not just resort to cheap screamer-scares or gorn. Ended up being a lot more unsettling than it had any right to be, haha. Great job.

Oh no that was a weird bug that i should have predicted lol, i'll fix it if we make another version

Thanks for the feedback!

Loved the atmosphere and how the apartment was literally warping at the end.

I enjoyed the cityskape view. Although I got used to the inspection mode, what was the reason for making it modal? Given that the mouse didn't have an alternate use while walking, it seems like they could have been done concurrently.

I liked it. I wish i knew more of the story, and what was truly going on, but this was just enough to make me interested in the potential lore. Great work :D

I get the Hellraiser vibes 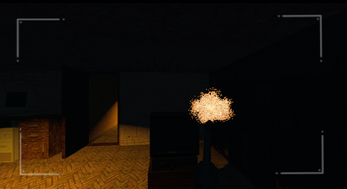 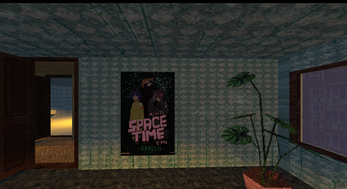 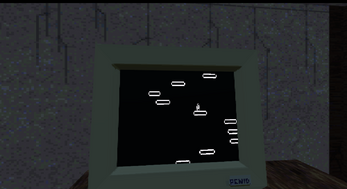